In Tiger Road, the player is placed in the shoes of a master of the Tiger Technique of Oh-Lin. Before the start of the game, the main character has been attacked by the warriors of the Dragon God, his sworn rivals. His soldiers have been killed, his secrets have been stolen, and the children studying Oh-Lin have been kidnapped. To win the game, the player must retrieve the stolen scrolls so that he can use the Double-Headed Tiger Fighting Technique to defeat the Dragon God, rescue the children, and reclaim his power. 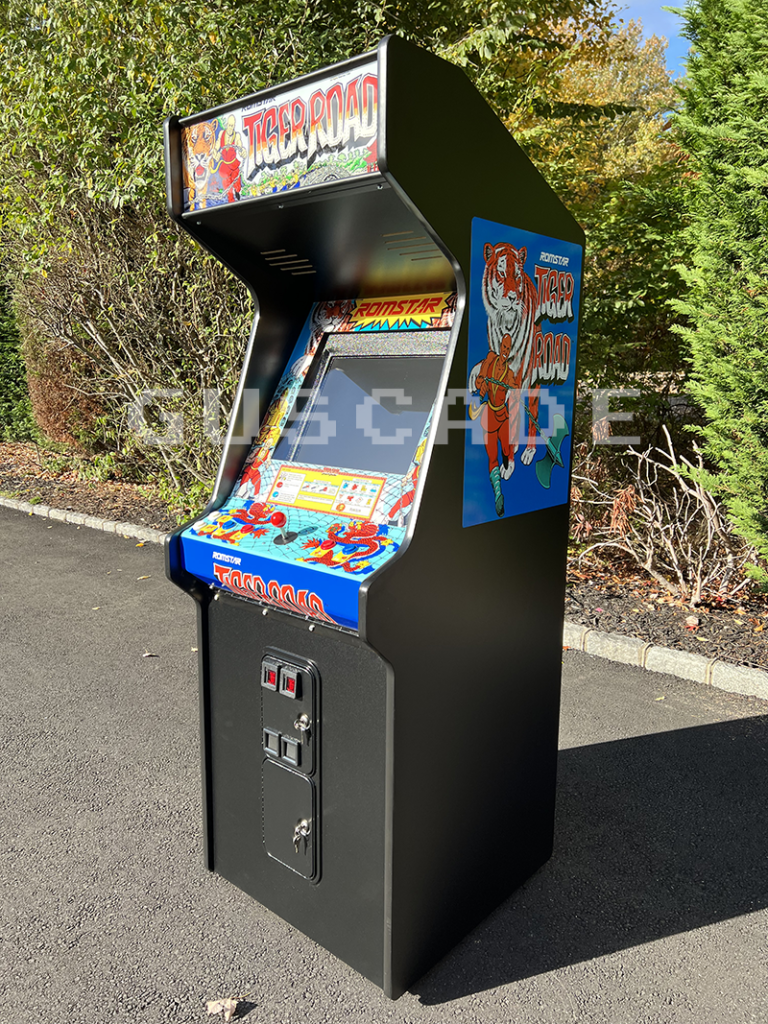