A long time ago in a garage not so far, far away… I grew up going to local Long Island arcades such as Space Plex, various mall arcades, as well as many summers spent in the Adirondack/Lake George area arcades when I was younger. Back in the 80s & early to mid 90s, arcade machines were virtually everywhere. However, it seems these magical arcade video games have slowly started to become harder to find. I started to collect arcade machines around 2002. I mainly played the Nintendo Entertainment System as I was growing up, when not dropping quarters in the arcades. At the time, I wasn’t aware but once I started collecting the full upright arcade machines, I realized arcade machines were better overall. The graphics, the sounds, the game play, the controls and the artwork were all amplified on the arcade machine. I remember playing one game on the NES with my dad… Capcom’s Gun Smoke. One of my very first dedicated arcade machines was Gun Smoke. I started to rack up decent scores, so much so that I ended up acquiring the world record through Twin Galaxies which is recognized by Guinness World Records. My hobby and passion shows on every machine that’s built, certainly a labor of love.

We stock many popular all NEW arcade classics. We offer various titles that are BRAND NEW ground up enhanced classic arcade games, just like you remember them! Everything on the machine is completely new and reliable. Now you can own full sized arcade machines for your home, family game room, bar, man cave, or office. All games can be wired for FREE PLAY or they can be set up to accept quarters.

We service what we sell. However, you might have an old machine not working at your home in need of some attention. We offer the following services: 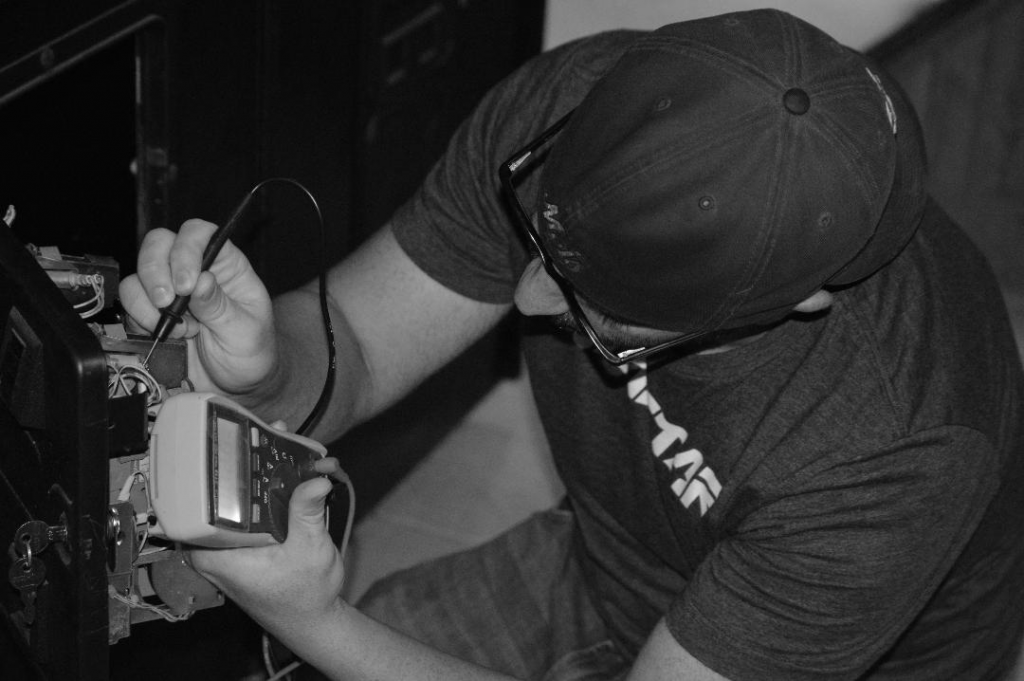 GUSCADE was recently featured on CBS News! Click play on either video to watch the news segments. We were also featured in Long Island Business News!