The enemies in the game are called Robotrons and there are five different kinds of them: Grunts, Brains, Enforcers, Tanks and Hulks. There are also three different kinds of human family members who must be rescued including women in pink dresses, men in blue suits and boys in red shirts. Each kind of Robotron has a different way of attacking you and also different point values. Points are also scored by destroying the missiles that they fire at you, by destroying other enemies that appear during each wave and by saving humans. During each wave, you must destroy all the Robotrons (with the exception of the indestructible Hulks) and rescue as many human family members as possible in order to proceed to the next wave. When you complete wave 255 it will appear as if you just started the game! Wave 1 starts it all over. Your score will be unaffected 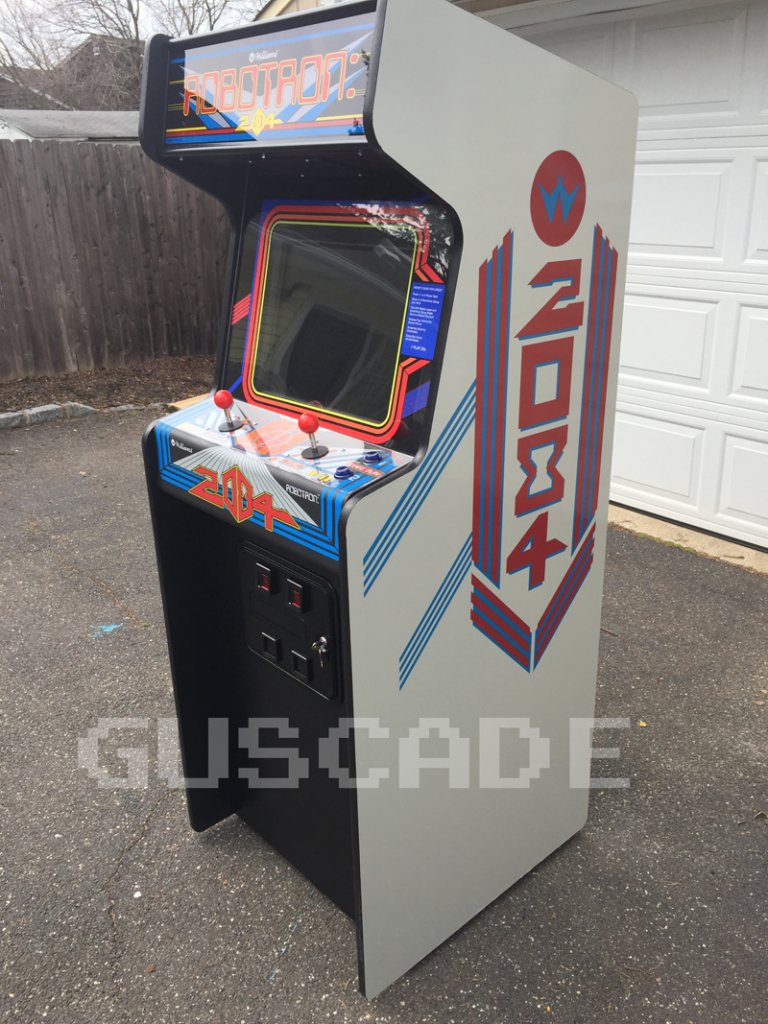