You choose from one of three heroes, each with his own pros and cons. For example: Haggar is the strongest of the three, but he is also the slowest. You must battle several enemies until you reach the stage boss where you must defeat him to get to the next level.

There are three kinds of weapons: the knife better for Cody, the Katana better for Guy and a Pipe better for Haggar. Along the way you can pick up food to restore your health. Each of the three characters, Haggar, Guy and Cody have a special “death blow” move that will do great damage and knock your opponents to the ground. Do this by pushing both action buttons at the same time. This move does some damage to yourself too, but more to them. 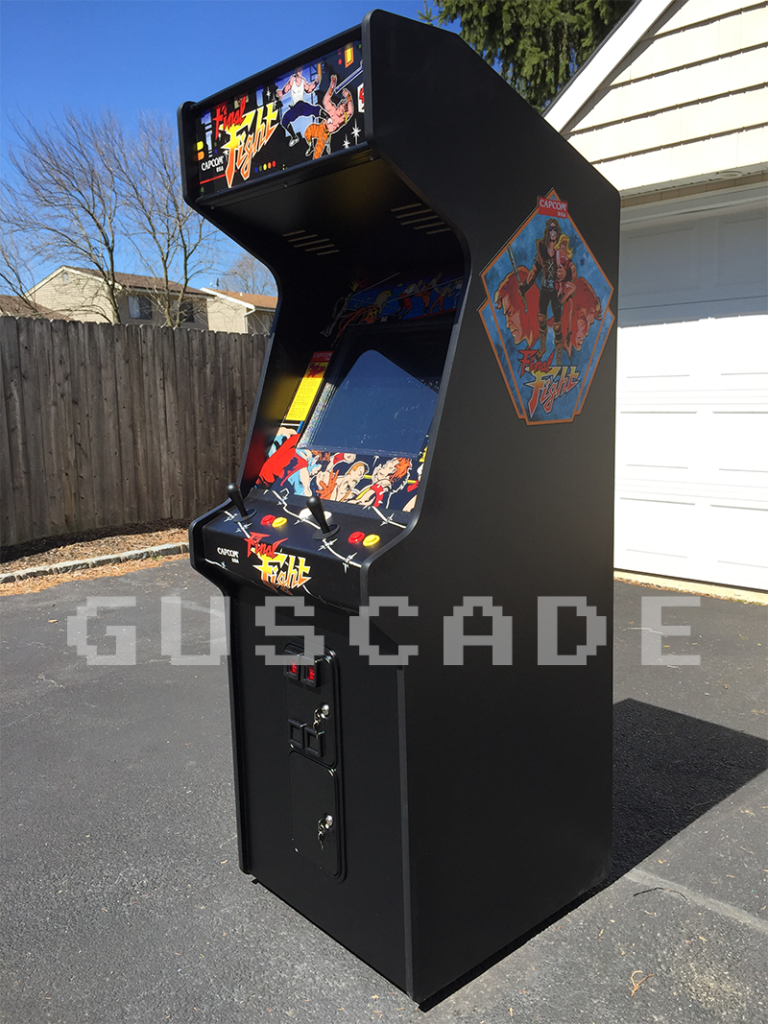