Become either Captain America, Iron Man, Vision, or Hawkeye and battle Red Skull and his henchmen in classic Marvel-comic style! “Avengers Assemble!” Defeat The Red Skull and crush his evil schemes. The game has five stages. The other supervillains in this game are Klaw, The Living Laser, Whirlwind, The Grim Reaper, The Wizard, The Controllers, The Mandarin, The Juggernaut from X-MEN , Ultron and Crossbones. The game ends when the fifth and final stage has been completed. 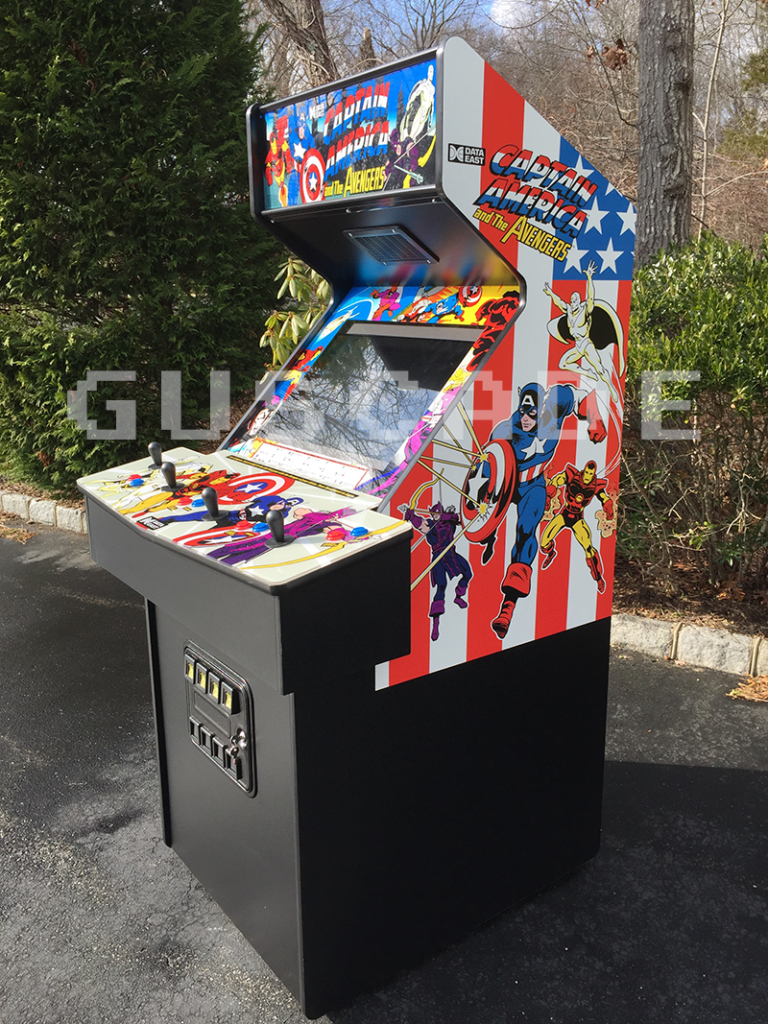